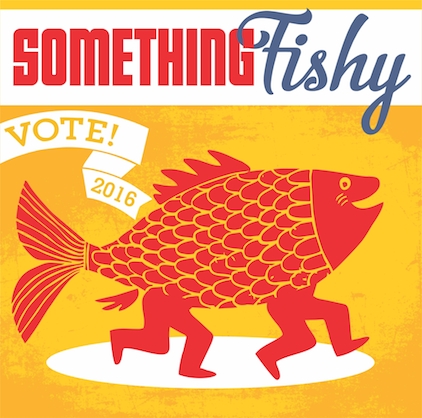 In the sleepy town of Port Pilchard, Ohio, on the shore of Lake Erie, local hero Raymond Bream is making his triumphant return to his hometown. Raymond’s running for President, and he’s come to town to make a major announcement that promises to put his campaign over the top and win him the majority he so fervently desires. Meanwhile, the incumbent president has sent a couple of henchmen to town to prevent Raymond from making his announcement – by any means necessary. The showdown between the two camps takes place on the stage of the local community centre, home of the Port Pilchard Players, an amateur theatre troupe who are about to open their latest production, a British bedroom farce. As the world of politics collides with that of community theatre, everyone is forced to don disguises and take on new roles, and suddenly no one is who they appear to be. Will Raymond make it to the podium to make his speech, or will the President’s hatchet men win the day? And will the five actors playing the fourteen characters in this play make it to the final curtain before one of them keels over from exhaustion?