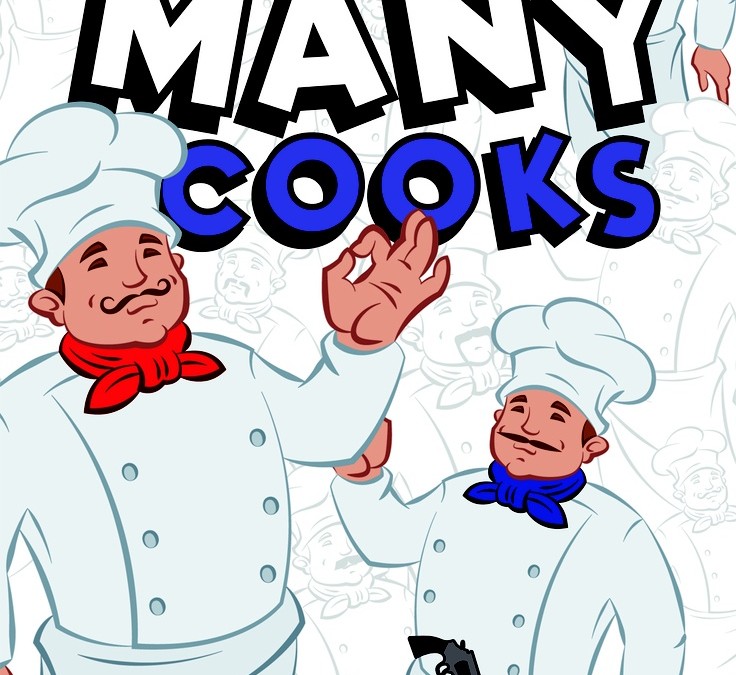 It’s 1932 in Niagara Falls, Canada, where the rum-running business is at its peak. In the aftermath of the Crash, Irving Bubbalowe and his daughter, Honey, have risked everything they have to open a new gourmet restaurant. When their star – the renowned singing chef François LaPlouffe – fails to appear, tonight’s grand opening is suddenly placed in jeopardy. However, when unemployed chef Frank Plunkett wanders in looking for work, Honey persuades him to masquerade as the missing LaPlouffe. The beleaguered Bubbalowe, meanwhile, also has to contend with Chicago gangster Alfonse Feghetti and his sidekick who have come looking for an illegal shipment of booze that, unbeknownst to Bubbalowe, has found its way into his basement. In addition, Bubbalowe has to keep at bay the hot-blooded Immigration officer Veronica Snook (who’s on the trail of the vanished chef), as well as a suspicious teetotalling Mountie who is ready to arrest Bubbalowe on suspicion of both murder and bootlegging. Madness ensues as Bubbalowe and the others create a hornet’s nest of fabricated stories and identities in a valiant attempt to save the restaurant – and themselves – from both the gangsters and the law.